No items found.
Product is not available in this quantity.

A Success Story of an Artist-Blacksmith 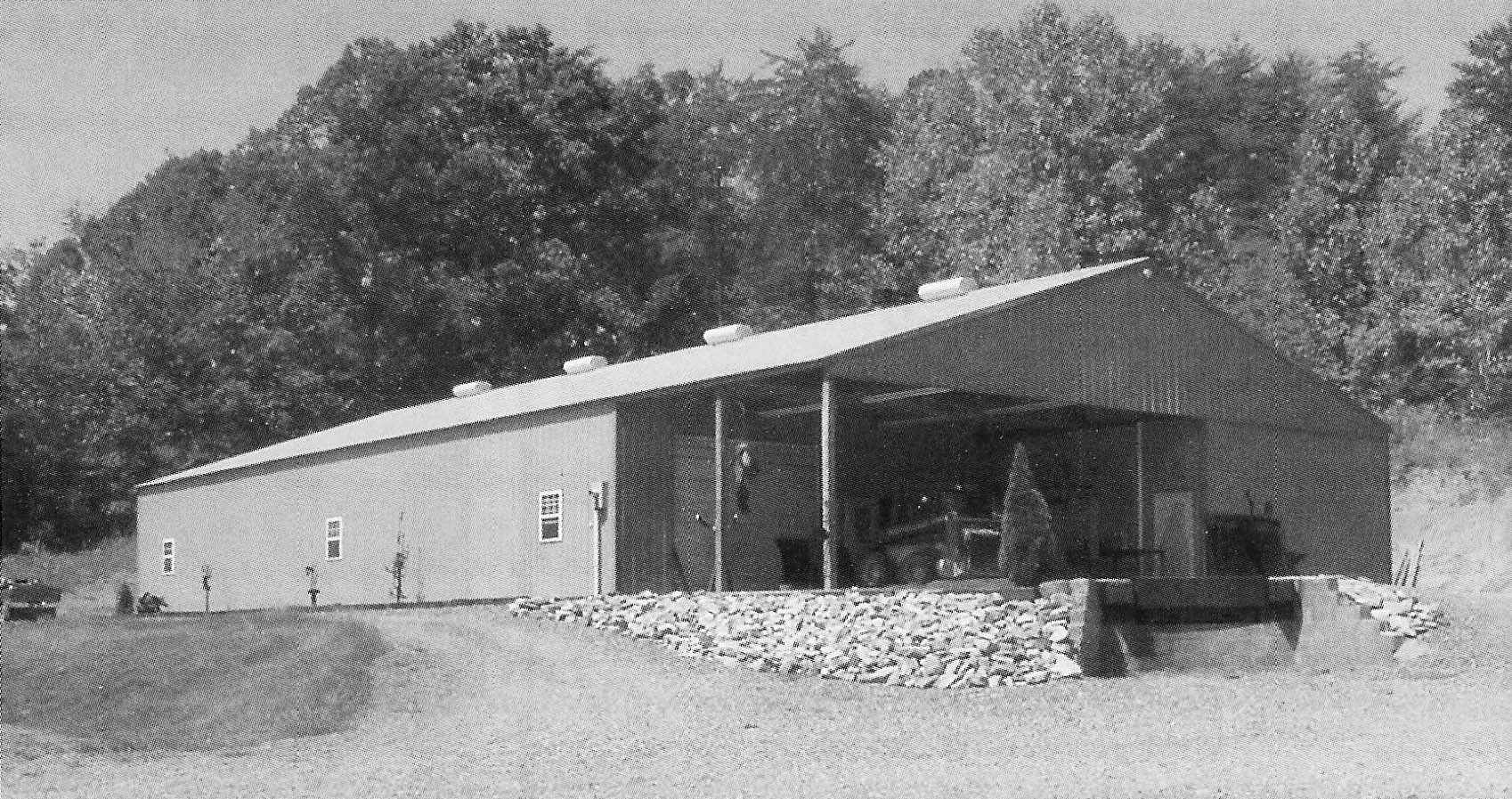 In a small shop, he began a love affair with hot iron that blossomed and became increasingly fruitful. All this became the backdrop to what would eventually lead Dean to develop his artistic talents in the field of forged and shaped metals.

Nestled in the foothills of Western North Carolina, under the shadow of Grandfather Mountain, a few miles north of Morganton, located off the beaten path intentionally, is the home of Oak Hill Iron Works. The building itself is a modern 50' x 100' structure clad in blue steel with a sculpture garden emerging against a wooded backdrop. There is a dock at which both the delivery of materials and shipping of products come and go all day long.

When one enters the gallery area they are greeted by an array of forged samples such as fireplace sets, railings, wall hangings, candleholders, and other similar items. It is in this area that customer imagination moves through the process of conception, drafting, and design, which eventually emerges into reality.

As one steps inside the work area, it takes several moments to grasp the efficient interworking of material, equipment, and skill. There are racks of iron in varying sizes and shapes available. In the center stands a band saw that can cut accurately any piece needed. Over in the opposite corner is the forging center, which is the heart of the operation. There are gas forges and a coke forge, a number of power hammers, anvils, shaping tools, and vises; there is heat, noise, sweat, and skill combining to turn iron into twists, curls, leaves, and rosettes, that were first only envisioned in someone's imagination, but now begin to take shape.

These individual pieces must then be precisely positioned on a layout table and then meticulously riveted or welded together into a unified piece that is a sculpture, a fireplace screen, a railing, or a gate of intricate design. Often the machines that surround the opposite end of the working area: the presses, the drills, the lathes, the shapers, and small hand tools are also employed in bringing the piece to its desired finish. And it is that finish - the cleaning, waxing, polishing, and sometimes painting that becomes the final touch before the piece is deemed worthy to leave with the owner's stamp of approval.

The person who conceived and manages Oak Hill Iron Works, Inc. is my 40-year-old son Dean Curfman. Dean and his brothers grew up on our dairy farm in the mountain valleys of South Central Pennsylvania, an area 50 miles away from anything of significance. There were many acres of farm, forest, caves, and streams, and buddies to explore it all with. There was also a home building and remodeling connected with the daily business - plenty to keep an industrious boy occupied. Dean, his brothers, and his buddies were encouraged to think, to make, to do. Access to tools and shop equipment enabled the boys to turn out products to sell or trade, or just to see if it could be done. 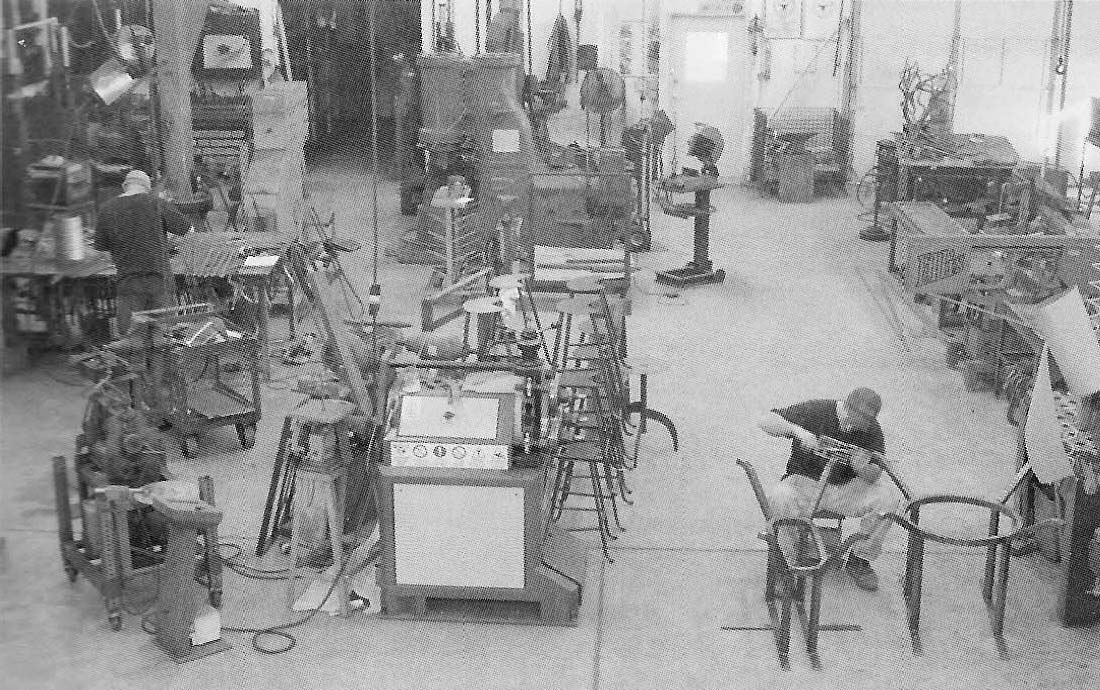 View of the interior of Oak Hill Iron Works. 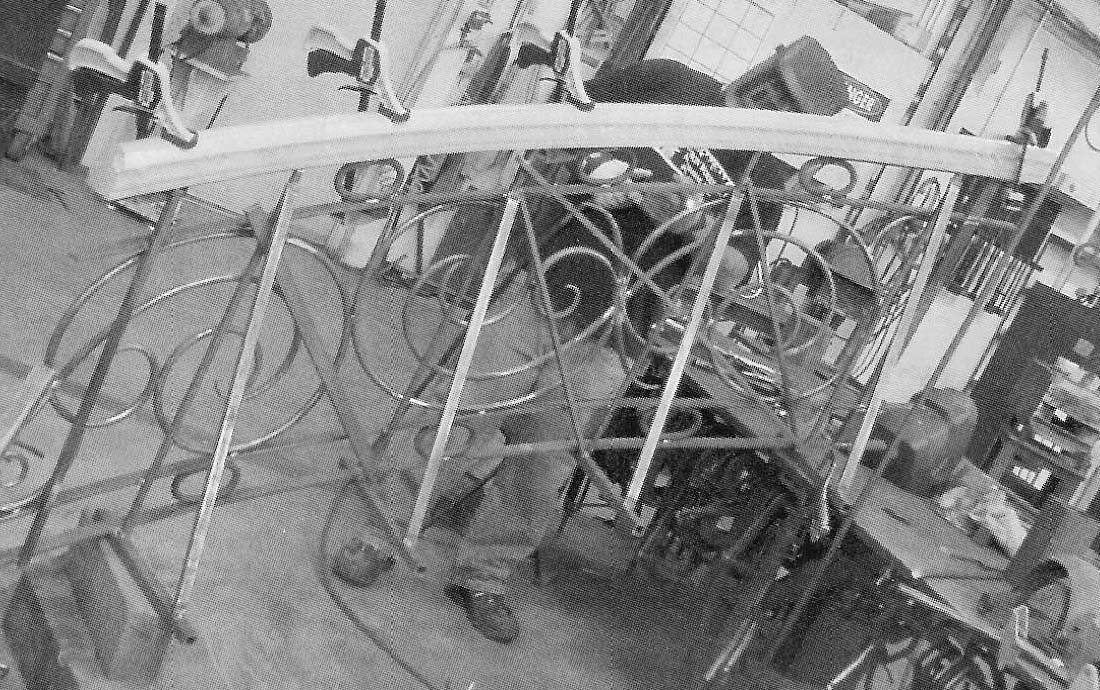 At a very early age, Dean demonstrated an artistic flair with paint, clay, and wood, but not much with metal - no tools, no opportunity for such.

Dean's interest in the varying aspects of the building business led to him taking ownership of all areas of it - the planning, the work, purchasing, and overseeing. The education of learning to work with customers was part of a process of preparation. It was in this period of life that he became briefly exposed to working with hot iron, and then he was hooked.

In the mid-eighties, Dean and his wife and daughter made a decision to move to North Carolina. In this new environment, his interests moved from home construction to the machine shop, to fabrication, to maintenance of machines and an array of equipment. In a small shop, he began a love affair with hot iron that blossomed and became increasingly fruitful. All this became the backdrop to what would eventually lead Dean to develop his artistic talents in the field of forged and shaped metals.

A natural workaholic, Dean began to expand his shop, his materials on hand, his equipment, tools, and product line to bring in needed cash. He began attending blacksmith conferences and gatherings of local blacksmiths. This in turn brought requests for him to do public demonstrations and teaching.

Knowing he needed some teaching himself, Dean enrolled in some college courses of design and drafting and related study. It was among all this business that a concept was conceived to design and build a power hammer: one of unique design that could use ordinary shop air, no electric motors, no moving parts except the up-and-down motion of the head. It would need to have a range of infinite control from a soft touch to full blow using a foot control. It would have to be easily affordable for the hobby shop, yet rugged enough for continual production. He would draw on all the skills required during his multi-employment years.

With a sense of satisfaction that his blue machine (color of paint used) was ready for sale on the open market, Dean contacted a party that sold tools to blacksmiths over much of the U.S. and arranged for "Old Blue" to be marketed. They began to sell and their production kept him busy while at the same time he held a full-time job in maintenance and fabrication.

Dean decided to take the leap to build a much larger structure, quit a full-time job, and enlarge his productivity of hot iron products, in addition to the newly developed power hammer that appeared successful. The decision read, he never looked back.

During this hectic period, Dean met a teacher extraordinaire at a conference. The man was an Israeli who introduced himself as Uri Hofi, and said he was "and artist blacksmith" - a statement Dean had never heard his colleagues use before. Something clicked between them and a bond was formed that continues to this day.

Uri repeatedly said to Dean, "You must come to Israel and work and study in my shop." The idea was conceived, the date set, and Dean went. Dean experienced life at Uri's kibbutz, adapting to the communal lifestyle in which everyone contributes to the daily work and betterment of the whole - no salaries, no food bills, no personal expenses. Dean worked six days a week under the watchful eye of the master teacher, with keen observation by the determined student. Dean's sojourn was supported by access to Uri's library, both in the shop and in his home, which led to questions and discussions that became experience at the forge and the anvil. Hot iron mass became shape and form. These techniques taught by Uri became implanted in the student's mind. It was another step that would move Dean closer to achieving his goal of becoming a master artist blacksmith. This was the winter of 2002.

Since that time Uri has held two teaching schedules in the U.S. Dean attended both of them and the close bond between the teacher and his student continues. During the last session, Dean supplied his power hammer for Uri's use while demonstrating. Uri quickly put his stamp of approval on its design, its user-friendliness, and approachability from an arc of 180.

A new chapter is being added to the Oak Hill Iron Works story: Dean is now both the sole manufacturer and marketer of the "Big Blu" power hammer. It will enable customers to have access to the manufacturer without any middleman. Questions and problems are readily answered, and training sessions are being planned for prospective buyers.

Meanwhile, the busy work goes on at Oak Hill Iron Works, Inc. A reliable crew of talented men continues to build power hammers, produce sculptures, and construct intricately designed railings, gates, fireplace sets, and an array of items for those who love ironwork. Satisfied customers continually return, also sending others who are looking for the type of ironwork crafted at the shop. 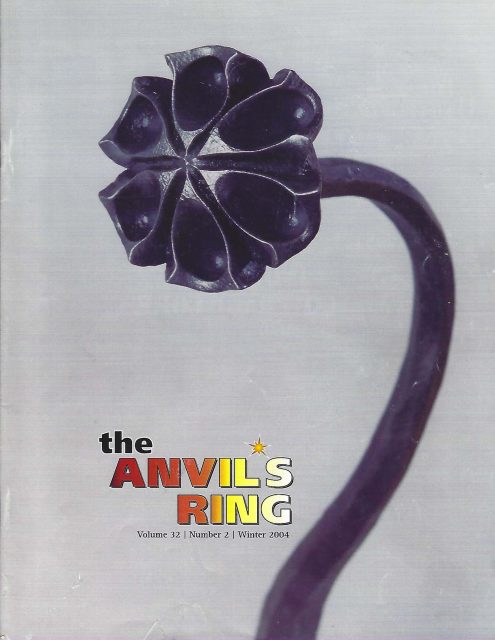 This article originally appeared in the winter edition of the ANVIL RING, Volume 32, Number 2. 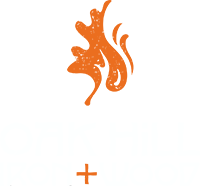 Reach Out To Us

Thank you! Your submission has been received!
Oops! Something went wrong while submitting the form.
©2022 Oak Hill Iron Works, LLC